In 2009 China's National Development Commission decided to examine the stimulus plan and it published an analysis of how the funds should be distributed. The biggest part was allocated to public infrastructure and the second largest went to reconstruction works in regions hit by the Sichuan earthquake that was followed by resources for social welfare plans In 2010 China's economic growth was kept by the economic stimulus and it assisted other close countries with the economic recovery. Chinese economic growth was around 10 percent, as opposed to European and North American economies were slowing. 2011. By the time, unemployment was at 4% due to the policy adopted. The year 2012  the Chinese government with the help of the National Development and Reform Commission approved a 60 infrastructure projects. The Chinese quick economic performance draws attention to the Western synthesis about management of macroeconomic stability. What distinguished China in contr
Publicar un comentario
Leer más

The most important issues of China (graphs)

China before the Big Recession 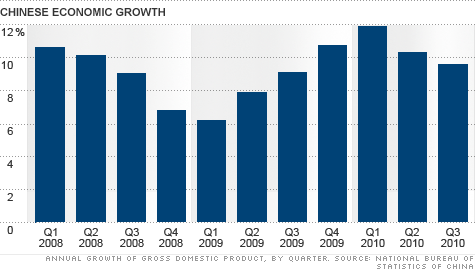